Logitech recently announced the launch of the Rally Bar, Rally Bar Mini, and Room Mate, to complete their range of video conferencing solutions for small, medium, and large room sizes.

Before the Room Mate availability, the Logitech Rally Bar Plus system uses a Display Hub (circled red below) to connect to a host computer or laptop(not shown) that has video conferencing software installed. This Display Hub also connects to the Table Hub (not shown), HD screen, and the camera. The Table Hub as the name implies is placed on the conference room table and connects to the Rally Mics which are explained further below.  The Table Hub also includes other functions like 2 x HDMI IN, for participants to project their laptop on the screen if required.

Now the new Room Mate appliance replaces the Display Hub in the new “Appliance Mode” with built-in video conferencing software. It does not need to connect to a separate computer or laptop, and it comes with 2 HDMI output ports that connect up to two HD displays. There are 3 USB 3.0 Type-A ports used to connect to the two speakers and one standalone camera, as shown below.

In either mode, using the new Room Mate or the Display Hub, both will connect to the Table Hub which in turn connects up to 7 Mic Pods by daisy chain, using 10m extension cables and the help of Mic Pod Hubs. Each Mic Pod Hubs (Blue) can connect to another hub or the Mic Pods, as shown in the diagram below.

Each Mic Pod Hub can have 3 extension ports.

The Rally Mic Pod can also be joined directly by a daisy chain with another Rally Mic Pod. The Table Hub is very powerful and has active speaker detection once pods are all lined up. It analyzes the audio input from up to 7 Mic Pods and 56 beams in every 8ms.

While the Rally Plus is a modular system, the Rally Bar and Rally Bar Mini are All-In-One (AIO) system, which integrates the speaker, camera, microphones, appliances (video conferencing software) into one complete device. In addition, it has the same 2 x HDMI output to two HD displays and supports additional Rally Mic Pods.

At this time, the review does not cover the details of each piece of equipment due to its complexity. Based on our understanding so far, the most critical comment is that the system could be better if the Rally Mic Pods are designed to be wirelessly connected. This would be much easier to install and to move the pod positions as required, without worrying about messy cables.

The latest AIO Rally Bar and Mini as a completely integrated video conferencing system are definitely more superior to the Rally Plus modular system. 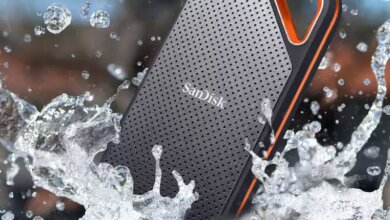