When the Giga 200W GaN Charger Indiegogo campaign was first launched, it has already received $75,453 backing on the first day, which exceeded its target by 754%.

There is also an updated comparison chart between the three chargers that we compiled. Note that there seem to be some discrepancies in Giga’s maximum wattage specifications and the output combination or configuration.

Type of Ports: Both the Giga and Thundergo have 3xUSB-C ports and 1xUSB-A ports, which are slightly more future-proof than the Chargeasap Omega’s 2xUSB-C and 2xUSB-A ports.

The port arrangement is very important, as it affects the overall shape of the design. The Giga and Thundergo are slightly smaller by about 16% on the thinnest side, which makes it easier to keep in our pockets. Even though the ports on the Chargeasap Omega are 2×2, it is only 10mm thicker and still small enough to go into pockets comfortably. According to the project writeup, Giga’s designer decided and selected the Angl shape design during their internal review.

The power output combination is quite similar to Thundergo as both have 3 x USB-C and 1 x USB-A ports.

It is unclear if there is a typo error in Giga’s design tech specs, as they also have another error in the individual USB port specification.

All the chargers use the same Navitas 6127 GaN IC chip.

Read: What is a GaN IC Chip?

The Giga also uses Graphene heat dissipation, has 95% power efficiency, and all the protection that anyone can think of for a charger. (except Nuke)

Giga 200W GaN Charger comes with a 2-year warranty, whereas the other two models only have a 1-year warranty. Perhaps this goes to show that Volta is confident in their product, and hence explain the higher price of $89 even for Early Birds.

The higher price could also be because of the shortage of electronics components, as Omega and Thundergo are both experiencing slowed delivery. The suppliers need to be transparent about the delivery issues during this pandemic period, as that should be an acceptable reason.

As mentioned above, Giga’s maximum wattage for the 3rd USB-C (C3) and USB-A (A1) was 30W each, as shown on the Indiegogo campaign page. We have added 20V/3.25A to the specs (highlighted in red), as their output combination shows that both ports (C3 and A1) can go as high as 65W.

How to choose sports sunglasses for running and jogging 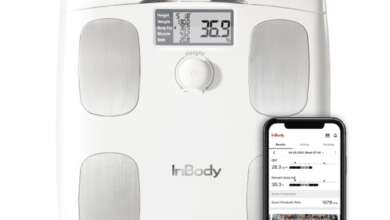 How to solve Jetpack Sync Error and post views not updated