Any mouse can be used for CAD, as long as it has the three basic buttons: LMB, RMB and MMB. These are short forms for the Left(L), Right(R) and (M)Middle(M), Mouse Button(MB).

These buttons served the most basic needs for almost any CAD programmes, including Autocad, Solidworks, Inventor, 3dsmax, etc.

It is fun to draw 2D and 3D drawings when you have enough rest, reasonable workload and project timeline. Then it can become a nightmare when multiple deadlines are near, the workload is huge, and you have been working 16 hours a day with not enough sleep.

A good, high quality mouse may not help to complete all the drawings magically, but they can lessen your pain and mayben improve the efficiency. Your index finger will thank you for using a good CAD mouse. .

The actuation force (AF) is the finger pressure required to push the button down, overcome the tactile “bump” and activate the key switch. This pressure has to be designed as light as possible at more than 40-45 gf (grams force) or 40-45 cn (centi-newton). This spec similar to most mechanical keyboards and chiclet with the softest keys.

All mouse design use the scrollwheel as the middle mouse button (MMB), and they perform alot of basic task such as panning or rotation of models in CAD programs. Other than the AF, there are two more issues to look at:

The 3D Connexion professional CAD mouse comes with a flat button as well, however, their MMB is a dedicated real button like the normal LMB and RMB. Such a design will be ideal, as a normal button will always be more confortable to press than a scrollwheel in any case.

We opine that all mouse design should have a dedicated MMB that is not the Scrollwheel.

Side buttons for one-click quick zoom in and out.

It seems easy to use the scroll wheel for zooming in and out, since everyone is doing it. But imagine doing that repeatedly with index finger long hours, in addition to panning or rotating the model.

We have 5 fingers, but the index finger does almost all the work including LMB, MMB, scrolling, etc. A better design should let the other fingers share the load, such as the thumb.

The advantage of the 3dconnexion mouse is that it is designed specification for CAD purpose and hence has all of the above features. However, it needs an update as it lacks the advanced features found in modern mouse:

In fact, the Logitech MX Master 3 will make an excellent CAD mouse as it has a flat scroll wheel for MMB. The quality if the mouse keys are superb and there is another scroll wheel at the side to make the thumb work harder. The two issues that may affect CAD usage is that it feels too “heavy weight”, and the actuation force (AF) for the MMB is too much.

This is our favourite mouse, and can be used for CAD but it is not good for that purpose.

The M720 is a cost-effective, long-lasting, lightweight and feature-rich mouse for travelling around with a CAD Notebook. It can connect via bluetooth and wireless, and support multi-devices. It has 4 side buttons in total, comprising 3 visible buttons at the top and a fourth hidden button near the base that functions like ALT-TAB in Windows.

The scroll button is easy to scroll in either clicky and smooth mode, however, the wheel tends to slip slightly while trying to hold it down. This gets uncomfortable as how index finger start to tire, say after 8 hours.

Next, the actuation force (AF) for the MMB is much higher than 3dconnexion’s dedicated MMB. 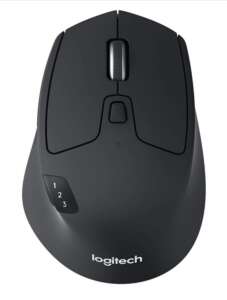 Besides the 3dconnexsion mouse, there are no close competitor for the perfect CAD mouse at this time. The 3dconnexion mouse needs to be updated with the new features found modern mouse design. The price is too high for just having dedicated MMB.

Check Also
Close
Read More
Tags
Apple bike charger earbuds earphones Indiegogo Jabra JBL keyboards Kickstarter Logitech microsoft mouse Samsung smartphone smartwatch Sony tablets
Web Search
Facebook Twitter Pinterest Reddit WhatsApp
Back to top button
Close
We use cookies on our website to give you the most relevant experience by remembering your preferences and repeat visits. By clicking “Accept”, you consent to the use of ALL the cookies.
Do not sell my personal information.
Cookie SettingsAccept
Manage consent