A 2-in-1 laptop is a mobile computer designed to convert between a traditional laptop and a tablet simply by turning the keyboards to 360 degrees.

In tablet mode, the touchscreen is the input device, while the keyboard serves as a stand:

It is noteworthy that, in some designs, the touchscreen display includes the computing unit, which allows it to function as a standalone tablet when detached from the keyboard. There are three issues with the detachable tablet design:

a) Both the tablet and keyboard should have their battery, which adds to the weight of the combined unit.
b) The hinge for the detachable 2-in-1 has to be stronger as it needs to hold a heavier display that is also a standalone tablet.
c) For stability, the keyboard needs to be heavy enough to lower the centre of gravity so that the tablet display does not cause the entire unit to tip over.

We predict that 2-in-1 laptops, being the best of both worlds, should overtake the sales of standalone notebooks and tablets soon. That vision could be realized only if equal or better system performance and features match the weight reduction.

In the following review, we will only focus on the lightest and smallest 2-in-1 laptops that could be the best alternative to tablets like the iPad.

Besides the lightweight advantage, the Asus S13 Flip UP5302 has an innovative Touchpad that also serves as a Numpad. This solves the common issue with 13 or 14-inch laptops, which generally exclude the Numpad.

The stylus does not have any storage slot on the laptop; the only way to charge it is to use a USB-C cable. This reminds us of the first-generation Apple Pencil, which is rather inconvenient as it has the same problem: lack of storage and cable charging. For an “award-winning” laptop, the future stylus design should incorporate a storage slot with magnetic charging.

Asus Splendid is a feature that switches the display mode between sRGB, Adobe RGB, and  100% DCI-P3 for creative work or movies. An RGB sensor can adjust the display colour temperature to match the ambient lighting conditions. While we like these features, the design omitted the sensors commonly found on tablets, such as the accelerometer, gyroscope, and compass.

We are surprised that an award-winning laptop at a premium price is not Intel Evo-certified. Evo certification by Intel means that the computer has met stringent design requirements regarding responsiveness, performance, connectivity, battery life, etc.

We prefer the exhaust at the back where the display hinge is located for the typical laptop so that the sides are freed up for other ports.

For a 2-in-1 laptop, it would make sense to have the exhaust located on the left side instead of the back, like the Asus S13 Flip UP5302. If the exhaust is located at the back, it will be turned around to face you in the “stand” mode.

It is also crucial for the exhaust to be on the left side because the right side is where the hand is holding the mouse for a right-hander.

We like the Asus S13 Flip UP5302 for its lightweight, innovative Numpad and perhaps the best display in this design review. However, it has none of those sensors commonly found on tablets and mobile phones. We hope future versions will have Intel Evo certification and an improved stylus design with storage inside the laptop. Nonetheless, we still feel this is one of the best laptops in this review to replace the tablet.

We are not surprised that the HP Spectre x360 2-in-1 Laptop (model: 14-ef0056TU) is Intel Evo certified, considering that it is the “High-Tech” version of its sibling, the HP Envy series.

The HP Spectre x360 2-in-1 Laptop 14 weighs 1.36kg, which is almost 25% heavier than the Asus S13 Flip or nearly twice the weight of the iPad. Even though the weight is considerably lighter when compared to high-performance laptops, it is too heavy for a 2-in-1 laptop when used as a tablet. The iPad 12.9in weighs only 685 grams without any cover or accessories. So, how would anyone like to hold the HP Spectre x360, which is almost twice the weight?

There are reports of heating issues and shortened battery life in the HP store reviews. Heating issues could be possible, especially for Intel i7 processors; however, we would not expect such a problem for an Intel Evo-certified notebook.

The HP Spectre x360 has essential features that are usually found on iPad and other handheld devices:

a) Gorilla glass for strong screen crack resistant
b) Sensors for handheld devices such as accelerometer, gyroscope, compass, etc
c) Magnetic catch for a stylus for writing or drawing on the move in handheld mode.

This allows the convertible laptop to perform equally well as standalone tablets.

The HP Spectre x360 would be a good lightweight laptop, but it will be too heavy as a handheld tablet. Even though it has robust tablet features, it would be too cumbersome.

Like the HP Spectre and Lenovo Yoga Gen7, the MSI Summit is considered “heavy” at 1.35kg, which exceeds our target range of around 1.1kg. Another issue is that the current specifications only have 512GB SSD, but we believe this can be changed or easily upgraded.

After reviewing the specifications and user reviews, we concluded that the only reason to buy the MSI Summit over the HP Spectre is probably if you need a rugged laptop that is tested to MIL-STD 810H.

Compared to the Asus Zenbook S13 Flip, the MSI Summit E13 Flip loses out on the weight issue and exhaust location. Both machines do not have a shutter for the webcam or storage for the stylus.

The ThinkPad X1 Yoga Gen 7 is the worst in this review at 1.38kg, and comes with all the negative points found on other models. The only design feature worth mentioning is that the laptop has a slot that can store the stylus; however, it only benefits those who need to walk and write using the stylus frequently. If you can forego this feature, then Asus Zenbook S13 Flip would be a better choice due to the lighter weight and exhaust location.

You should also be aware that the warranty for the X1 Yoga is only 1 year, while the other models in this review come with 2 years warranty.

This article compares plugins that convert the WordPress Media Library 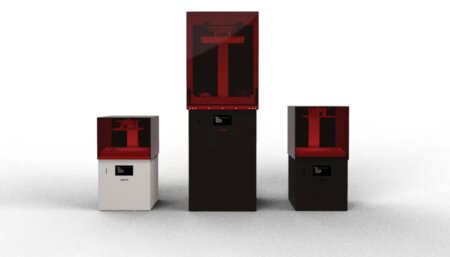 Marsitte 3D Laser SLA Printers is scheduled to launch at 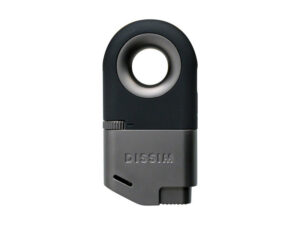 This is a design review of the Dissim Inverted Lighter

The Microsoft Designer Compact Keyboard could have been one of

This is a full table of comparisons between the iPad 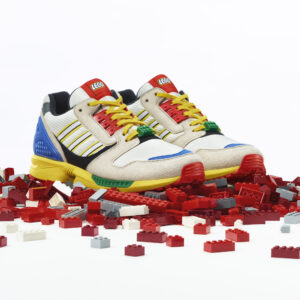 It is about the chemistry of adding Lego block elements

We use cookies on our website to give you the most relevant experience by remembering your preferences and repeat visits. By clicking “Accept”, you consent to the use of ALL the cookies.
Do not sell my personal information.
Cookie SettingsAccept
Manage consent