This is a quick review of the Logitech G600 MMO Mouse focusing primarily on the buttons. It comes 20 buttons, and unlike most mouse in the past, it has 3 large buttons on top excluding the middle wheel and those smaller buttons. It is also a wire mouse with no wireless features at all. Nevertheless it is popular with MMO gamers as well as some content creators.

Logitech G600 is one of the oldest MMO mouse. We are not sure but it seems to be out of production. However, you may still find them in some stores if you are lucky, and purchase them at a discounted price. It is the rare few mouse with a third button on the right-most side, which may be configured like an “ALT” or “CTRL” on the keyboard, to double the number of button functions.

So, there is a total of 12 buttons at the side and 8 buttons on top including the middle wheel, making a total of 20 buttons. Using the “ALT” or “CTRL” whichever is assigned to the last button, you can expand the functions beyond 20 buttons.

We are unsure why there was no follow-up development of the G600 mouse. Subsequent MMO mouse from other competitors have also featured 12 buttons at the side, with other new design features for better user interface.

The 12 side thumb buttons provides alot more function, however, the following are some design comments:

The following will make the G600 a much better mouse 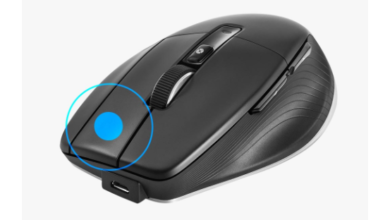 Other Design Reviews
Facebook Twitter WhatsApp Telegram
Back to top button
Close
Popular Posts
Most Commented
Recent Comments
Recent Posts
Recent Posts
We use cookies on our website to give you the most relevant experience by remembering your preferences and repeat visits. By clicking “Accept”, you consent to the use of ALL the cookies.
Cookie settingsACCEPT
Manage consent