There are so many improvements that Klipsch should have given it a new name rather than adding an “ANC” at the back. It could give many buyers and even reviewers the wrong impression that the only difference is the ANC feature, which is not true! Another complaint is that the product name is too long. If we spell the whole name in full, it reads: Klipsch T5 II True Wireless Active Noise Cancellation Earphones

The way the earbuds are named are exactly what the designers are telling us: Klipsch T5II True Wireless + ANC. That is what other reviewers said without looking at the design specifications.

What are Bragi Features?

The built-in Bragi features allow users to configure the earbuds to respond according to head gestures without even pressing any buttons for a truly hands-free experience.

If someone is talking in front of you, and you happen to nod to answer a call, he may mistake you for the gesture. The handsfree feature would be better when alone and not during a conversation, meeting or even in the restaurant as you may end up ordering the wrong food! There is a new button in the phone app which can be used for controlling under Interactions.

The interactions page offer much more control over the button than the previous Klipsch T5 II True Wireless.

The Bragi also offers additional features such as a noise shield to protect the ears against loud noises while using transparency mode. It also provides voice awareness so that you can hear your own voice during a call.

Klipsch also has a webpage explaining the new Bragi feature.

What is Dirac HD sound?

There are a lot of major brands that use Dirac products, such as BMW, JBL, Onkyo, and Pioneer. For headphone audio, the companies include Philips, Klipsch and RHA. . As this is a Klipsch T5 II True Wireless ANC review, we will not go in-depth into the Dirac, so for more information, please visit www.dirac.com. So far, we are happy with the sound quality of the original T5 II without Dirac HD, so it will only get better in this new model.

Klipsch product designers are too lazy to upgrade the earbud and charging case battery life. The entire form factor did not change much, and all they did was swap several electronics and slapped the term “ANC” at the end of the title and call it a day.

As shown in the comparison table, the battery size remains the same 50 mAh and 360 mAh for the earbuds and charging case respectively. In fact, Klipsch changed everything except for the batteries and casing.

And when we thought they have exactly the same form factor (shape, size, fitting), the Klipsch T5 II True Wireless ANC is only IPX4 rating while previous generations are all IP67. We will be careful when washing the earbuds under the tap, by making sure the water is not too strong.

This Klipsch T5 II True Wireless ANC review shows that it is not just another boring earbud with ANC but a new toy with the advanced Bragi gestures (nodding and shaking) and Dirac HD sound. The drawback is the IPX4 rating and 5 hours battery life with ANC on.

We hope to see Klipsch earbuds will have a bone conduction sensor, more than 8 hours battery life with ANC, and an IP68 rating. Most importantly, they need to increase the size of the electrical contact point for more reliable charging, which we mentioned in a previous review on the Klipsch T5 II TW Sports. 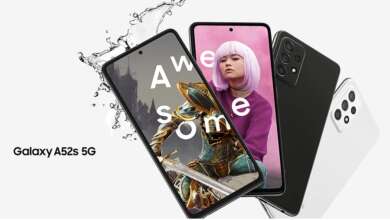