This is a full review to compare the technical specifications of the Apple iPhone 13 Pro Max and the iPhone 11 Pro Max that is two years old.

Most users would think the most significant difference between the two models would be the new 5G capabilities on smartphones that started rolling out last year. Our review shows that the differences are much more than just the 5G, but also several improvements that could make the new iPhone 13 Pro Max rather attractive.

As you see above, iPhone 13 Pro Max offers several significant upgrades over the iPhone 11 Pro Max. Other than thinner in size, the IP68 rating is now improved to 6m for 30mins, which is on par with other products with the same rating. We have also discussed the impressive crack and scratch-resistant of the new Apple Ceramic Shield, as compared to the Corning Gorilla Glass Victus.

A correction from our earlier post is that the iPhone 13 Pro Max is in fact heavier by about 12g or 5%, but the difference is not quite significant.

The display is slightly larger with a better screen-to-body ratio, resolution, and brightness. Normally this may mean an increase in battery consumption, however, this is offset by a new processor with better energy efficiency.

iPhone 13 series’ XDR OLED display has a new feature called ProMotion, which refers to the same 120 Hz adaptive display that was first introduced with the iPad Pro. The higher frequency enables smoother scrolling and faster interaction while being adaptive helps to saves battery life. In the case of iPad Pro, the adaptive frequency also reduces Apple pencil latency of 20ms by half.

Apart from the above, there is not much difference in the display, and the iPhone 11 Pro Max screen is still good and far from being outdated. The improved display alone is not enough to justify an upgrade to iPhone 13 Pro Max.

The iPhone 13 Pro Max uses the latest Apple iOS 15, and hardware upgrades such as the A15 Bionic chip, 5-Core GPU, and 6GB RAM. These upgrades not only appeal to gamers but also normal users who use less resource-intensive apps, such as social media, messaging, sharing news, images, and videos.

The most significant upgrade to make you think about upgrading is the storage size of 1TB. As a non-gamer, I would also appreciate the 6GB RAM upgrade as it could mean that apps will open faster.

Some users may value the LiDAR (stands for Light Detection and Ranging) scanner introduced since iPhone 12 Pro, which is said to measure the distance to surrounding objects up to 5 meters away, works both indoors and outdoors, and operates at the photon level at nano-second speeds. The use of Apple LiDAR is AR (Augmented Reality) purposes, but can also be used to measure distances, height and perform 3D scanning.

On paper, there is not much improvement in the iPhone 13 Pro battery charging speed, which uses up to 18W for fast charging and an outdated PD 2.0. They do have faster wireless charging using the Magsafe which can charge up to 15W.

Another advantage is that the iPhone 13 Pro Max does come with a larger battery and Apple touted the battery life is about twice that of the iPhone 11 Pro Max. This could be due to the more energy-efficient A15 chip.

A drawback for iPhone 13 Pro Max is that it does not come with any charger, which users will need to purchase separately or use their existing 18W PD 2.0 charger.

There are several improvements to the iPhone 13 Pro Max rear camera summarized below.

One of the most significant features that are advertised is the new cinematic mode, which is also featured in Xiaomi’s smartphone. This will be a good feature for those who like to take videos for social media posting. Everyone can become a professional videographer.

The key specifications of the front camera hardware did not change much but Apple added a lot of features for the Selfie camera. The number of new features shows the emphasis on the front camera as one of the most popular components of the smartphone. Among the new features that are noteworthy include the smart HDR mode, time-lapse, and night mode.

The new night mode for selfies is used to capture better photos when the camera automatically detects a low-light environment.

Another neat feature is the “QuickTake video” which allows video capturing by pressing the shutter button longer when taking a photo. This is a new feature of the selfie camera but it was already used for the rear camera in the previous iPhone X or later.

There are not many differences between the connectivity and environmental specs. The iPhone 11 Pro Max was already quite an advanced phone 2 years back as it comes with Bluetooth 5.0 and Wi-Fi 6.

After all, the iPhone 11 Pro Max was the flagship in 2019, and even though it has been overtaken by iPhone 13, the older phone still has very strong specifications that are far from being outdated.

Dining room at entrance with a view 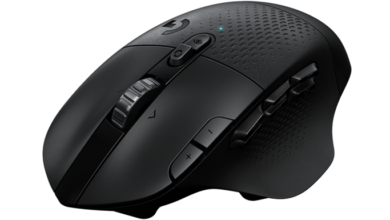